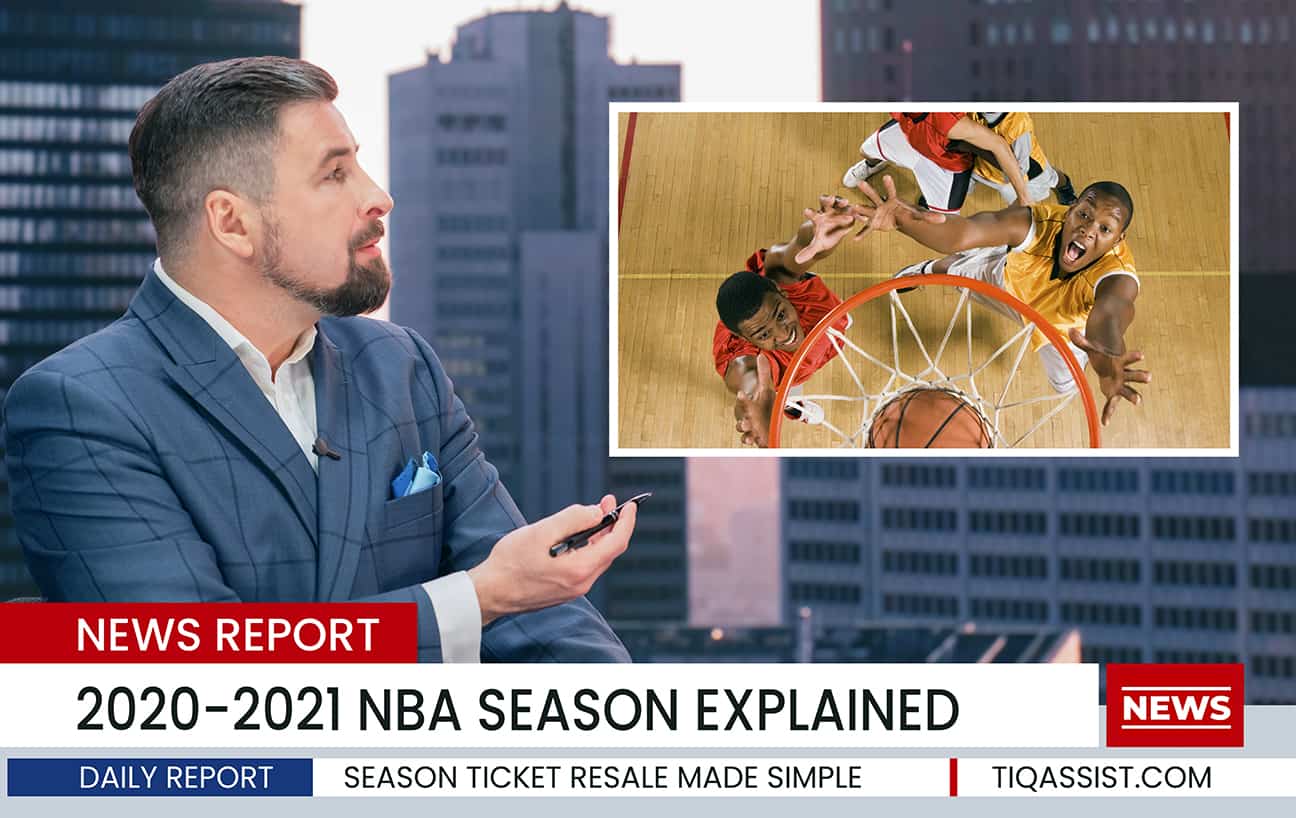 The NBA recently released the first batch of schedules for the 2020-2021 season. The action starts on December 22nd, however, with the ongoing pandemic and without a “bubble” atmosphere, several unanswered questions remain. How will the season schedule be different? Will there be fans? We’re here to answer all doubts!

How will this season’s schedule be different?

To start, there will be 72 games instead of the typical 82. Teams will continue to play at home and away against teams from the opposite conference, but in a reduced frequency. Typically, a team would face opponents within their own conference four times a season, this year’s schedule will only feature three games.

Additionally, in an effort to reduce travel, the NBA is adopting an MLB style of play. Opponents will take part in a series, completing two consecutive games in the same city against the same team. Fans can observe this new feature during preseason as several repeated matchups take place.

The most noticed change to the schedule, however, has been the format of its release. The NBA chose to divide the season in halves and inform fans accordingly. The schedule for the first part of the season, December 22th to March 4th, was published last week. The second half of the season will only be planned after the first 30 games have been played. This provides the League with a sense of flexibility to adjust possible postponements due to COVID-19.

Will there be fans at games?

A million dollar question with an impossible overarching answer. This decision will be made on a team-to-team basis with the help of local and state officials. Though fans will not be permitted in various NBA arenas at the start of the season, cities have begun to plan for larger audiences for the second half. Several teams, however, announced a limited capacity for kick off on the 22nd. Fans over the age of two will be required to wear face masks.

The Memphis Grizzlies declared a welcome to fans with capacity for FedExForum “expected to be roughly 20 percent” based on socially distanced seating configurations. The Utah Jazz followed in announcing a plan for reduced seating capacity for 1,500 in the lower bowl only and limited seating in suite level. The Atlanta Hawks will kick off a friends and family even in the stands for the first weeks of the season, and will follow with 10 percent capacity for the Martin Luther King Jr. Day game. The San Antonio Spurs plans to welcome fans starting January 1st, selling a  “limited capacity, pending the status of public health data and guidelines.” Other teams are expected to roll out similar plans soon.

But franchises remain positive: “We are optimistic that conditions will improve in the coming months and hope to be able to have fans in attendance later in the season,” the Hornets’ statement read.

What does this mean for Season Ticket Holders?

The Orlando Magic penned a release, stating the priority for “socially distanced, limited capacity at the Amway Center.” Season ticket holders stand as prime concern for return and will be given access based on tenure and ticket deposit timeframe.

The Cleveland Cavaliers also announced that with reduced capacity comes limited availability for season ticket holders to attend each game, but an amount of tickets will become available.

Like last season, each franchise will create their own unique offer for season ticket holders while maintaining this group top of the list. Since various teams continue to announce a welcoming limited capacity, we can assume that season ticket holders will be taken into consideration as the first fans in stadiums during the first half of the season.

This article will be updated as new information becomes available.