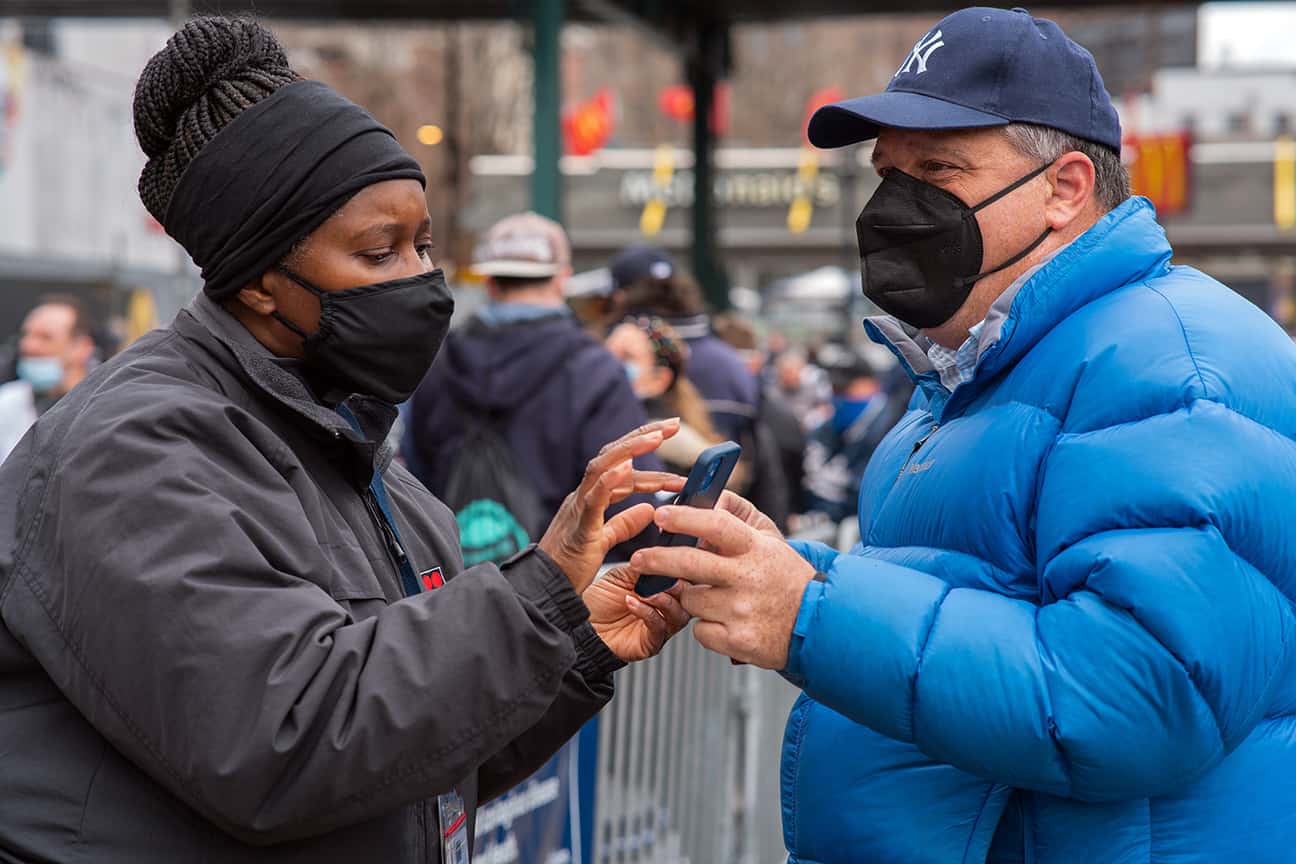 How Teams Have Interacted With Fans During Covid-19

How are teams interacting with fans during Covid?  In 2020, stadiums close their doors. While games continued, the noises synonymous with sports deceased. The bustling sound of fans stomping their feet on the concrete floor as a player walked up to the free-throw line remained a distant memory. The voluminous chatter that rang around arenas as supporters greeted lifelong friends and seat companions suddenly stopped.

But with changes came a new wave of interactions. To fill the void that Covid-19 caused, franchises rushed to revolutionize the sporting experience for fans and teams alike. TV stations introduced recorded audio to fulfill silence.  Teams got creative.

During the bubble, the MLB presented their fans with the idea of cardboard cutouts.  A weird idea turned sensation. As fans realized they could include their face during a televised game, a certain level of thrill returned. Individuals embraced the idea as hundreds of faces and a few pets began popping up in their beloved, season-long seats. Baseball teams developed a second purpose for this idea: helping the community. During their cardboard stunt during the 2020 season, the Los Angeles Dodgers sold over 8,500 cutouts and thus raised $1.5 million for the Dodgers Foundation. Sports fans could once again feel a special connection to their team while making an impact on those around them, which is the true meaning of sports.

NBA borrowed from this concept and digitalized fans’ images to fill seats. Their take on virtual reality quickly became a hit as celebrities like Lil Wayne attempted to interact with those around him. Technology facilitated the way to address the void of fans. The league collaborated with Microsoft and partnered with Michelob Ultra to provide individuals with a worthy playoff experience in 2020.

“With the unfortunate situation involving the pandemic that we’re in, we began to focus on how to bring our fans closer to the game in different kinds of ways,” said Sara Zuckert, the league’s head of next-generation telecasts. “I’m just thrilled to see how popular it is.”

The Warriors added a special element to their digitalized experience, offering fans the opportunity to appear on virtual LED boards that surround the player tunnel. This revelation stands as a unique perspective never before lived by fans. 120 fans will have the opportunity to appear on the Dub Hub, all with the choice to create custom signs to display in their box and change their broadcast angle and interaction with each other. Additionally, those featured in the LED board inside the player tunnel will have the opportunity for two-way interaction. Therefore, players can approach the screens.

The use of technology played an integral role in the interactions between teams and fans. Franchises quickly realized that despite the distance, players could provide a behind-the-scenes perspective into their sports life. Franchises rewarded fans and season ticket holders alike with daily interview content and Instagram takeovers. Players took to their screens to talk to fans, answer questions, and film inside the bubble to provide 360 views. A sports experience that would usually conclude as the last buzzer rings suddenly became unlimited.

Other franchises rewarded their fans by fast-tracking all safety protocols. In the NFL, specifically, teams realized that supporters played a larger role in sports than anticipated and thus rushed to ensure safety in coming back. Teams inspired their host cities to push their boundaries on health measures and sanitation protocols and inspire greatness. The league saw over 1 million fans attend games during the 2020 season, hoping to continue their safe stride into playoffs.

Each team has demonstrated its appreciation for fans in different ways while universally proving that sports without supporters are not the same. Nothing can make up for the organic excitement and energy that each individual brings as they step into the stadium. Fans lift up their teams as they join together in perfect unison to cheer on the best.